Stay up to date with Mellonaid

Doubling Down on Brand Authenticity 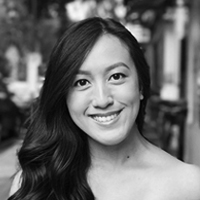 According to Merriem-Webster, authenticity means being true to one’s own personality, spirit or character. For brands, this means leading with honesty and integrity—it means being a real brand with real beliefs and relevancy. Brands live in a modern-day marketing world that does not tolerate deception or alienating views. Consumers can and will hold you accountable for the things that you do, say and support. That’s why when we talk about authentic brands, we are talking about more than just originality. Brands that possess authenticity are transparent about their culture, they have compelling backgrounds and stories, and, more importantly, they stand up for what they believe in and value.

Being Transparent About Culture

Culture is the backbone of every successful brand. It is the identity of how brands operate and make decisions. More so, it is the personality of the brand and the way that the brand sees the world and interacts with people. Lyft is a great example of a brand that puts an emphasis on its culture and the employees that make its culture thrive. One element that is at the core of its business is diversity. The entire concept of Lyft—connecting communities across the nation with on-demand transportation—relies on the diversity of its passengers and drivers. With this in mind, they’ve taken measures to build a diverse workforce (which includes employees and contractors such as drivers) that represents and supports the diversity of its customers. This is part of what enhances the experience of using Lyft.

When you think about it, Lyft essentially offers the same service as Uber; yet, they differ greatly in terms of authenticity. Taking an Uber is more of a transactional experience where customers hire drivers to transport them from point A to point B, with little room for chit chat. Lyft, on the other hand, fosters a more personal experience in which customers can potentially engage in meaningful conversations with drivers of all backgrounds and walks of life. This difference between Uber and Lyft can be attributed to contrasting cultures. People who use Lyft over Uber are buying into its authenticity and the culture of its brand. This distinction is where brands must take note for strategy. Culture is a big indicator of what is important to a brand, and what is important to a brand is what will attract customers.

Having Compelling Backgrounds and Stories

In addition to culture, storytelling is another important part of building your brand. Conveying purpose and emotion behind the background of your brand and the many stories it can tell is how you become appealing. Take AirBnB for example, which started out as a way for its founders to pay their rent in San Francisco—a struggle many of us can relate with. Brian Chesky and Joe Gebbia had moved across the country from New York without employment. They were gutsy and scrappy. After noticing that the limited number of hotel rooms in the ever-popular city were continually booked to capacity, they realized that they had an opportunity. Their genius idea? Buy a few air mattresses and rent their apartment out. Unbelievably, they had takers. A 30-year-old Indian man, a 35-year-old woman from Boston and a 45-year-old father of four from Utah. These people were of varying ages, genders and located from different areas, but yet they all came together because Chesky and Gebbia offered the one thing that they all needed: a simple place to stay.

AirBnB’s story has laid the foundation for its operations and marketing efforts today. It has grown from being an underground idea from two broke guys, to an extensive global community valued at over $30 billion. The story behind AirBnB continues to inspire others and resonates with people from all backgrounds. It has developed a community of people that enjoy offering their homes to visitors, and it has attracted travelers who seek more organic alternatives to hotels. People enjoy the fact that every AirBnB is different. They love that they can choose more local places to stay as opposed to tourist traps, and interact with their AirBnB “hosts” who can give them better recommendations than Yelp. In essence, AirBnB has redefined how people can travel—it has turned its brand background into a compelling story that everyone can connect with and experience for themselves.

Standing up for Beliefs and Values

Holly Campbell, Vice President of corporate responsibility at Adobe, has said that, “There’s a growing body of research that shows customers–both consumers and enterprise decision makers–expect the companies they buy from to act responsibly and stand up for issues that matter.” What this means is that brands must have authentic messages in what they stand for—and they must own their stance.

Let’s talk about something that has stirred up quite a bit of controversy lately. In the wake of the most recent mass shooting at Stoneman Douglas High School, where 17 people were killed, one business took a stand. Dick’s Sporting Goods, a large retailer in the United States, made an announcement that they will they be raising the age restriction on gun sales to 21 and that they will also no longer be selling AR-15 assault rifles in their Field & Stream stores. While some businesses might fear alienating their customers with a strong stance on topics such as gun-control, research for Dick’s has actually shown positive feedback. Sprout Social analyzed approximately 343,000 tweets that mentioned the @DICKS Twitter handle after their announcement was made, and found that 79% showed a positive sentiment. This data is in-line with CNN’s poll that 70% of Americans support stricter gun laws.

Now, I can only image that one of the reasons for Dick’s bold decision has to do with the fact that the Stoneman Douglas tragedy hits them close to home. Edward Stack, Dick’s CEO, noted that a Dick’s store had sold the Stoneman Douglas gunman a shotgun. The shotgun was not the weapon used in the violence, but as Stack has said, “It could have been.” The thought that a brand can be one choice away from forever being associated with a mass shooting can make a business reevaluate its values and stance. With this move to raise age restriction and stop selling modern sporting rifles, Dick’s Sporting Goods is standing up and aligning itself with its customer base—young people who are the target demographic for their products, and who are also increasingly active in the gun-control debate.

Staying True to your Brand

In the end, authenticity is the true, priceless, amazing part of your brand. Part of what it means to be authentic involves being transparent about your culture, having compelling backgrounds and stories and of course, standing up for what you believe in. As customers ourselves, we feel inspired by authentic brands that we connect with; we invest in their products because we want to see them succeed.

Authenticity is the heart of a brand—it is what drives it, what makes it unique and it is the reason why people love it. 63 percent of global consumers in a survey stated that they would purchase from an authentic company over all other competitors. That is some serious brand loyalty. And as we all know here at Mellonaid, businesses that have authenticity not only build brand loyalty but also brand advocacy—something invaluable for a brand’s success and marketing strategy.